2021 is about to come, Canada will welcome more than one million new immigrants! There are many pathways to immigrate to Canada and secure Canadian PR.

Get you FREE ASSESSMENT

There are many programs to immigrate to Canada! Canada is a country built by immigrants. Immigration remains an important part of Canada’s future. Canada is the second-largest country in the world as per the area. (only behind Russia), it has a population of 31 million people. Its economic growth is tied to attracting newcomers to Canada. Canada continues to accept immigrants in near-record numbers through various programs. In addition to Canadian Federal Govt programs, all provinces and territories are now offering their own Canadian immigration programs, aimed at attracting immigrants to their own particular region.

Discover your Canada immigration options by completing our free online visa assessment tool. In one simple form, we will evaluate your profile for many immigration programs available and let you know which one suits you the best.

Canada has many Immigration Options that are targeted at :

There are many options are for professionals and business owners who have skills that support the Canadian economy. It included

Canada has some special kind of Immigration Programs :

Canada has a great reputation as a leader in accepting new refugees from all over the world for humanitarian reasons. A significant part of Canada’s annual immigration is dedicated to admitting refugees.

After choosing the best Immigration option for you The second most Important Question Comes, How Much Money do You Need to Immigrate to Canada?

The necessary amount of funds you need to immigrate to Canada varies as per the Immigration Programs. Some immigration programs do not require a single penny more than the processing fees for your application which is very nominal. But Others require a substantial investment in Canada. We will explain it down by category below.

Business immigration to Canada: All kinds of business immigration requires significant investment in Canada. It requires the candidate to have invested in a Canadian company or require an applicant to make an interest free loan to the Canadian federal or provincial government.

Family Class: In most cases, you do not need to provide financial information to sponsor a spouse or dependent child. If you are sponsoring other family members like a parent or grandparent, there is a financial requirement that you will need to be met in order to be eligible to apply for the Family class.

Humanitarian and refugee sponsorship to Canada: If you are applying under humanitarian or compassionate grounds applications, Then There are no financial requirements exist. The only time financial information is required to show under this category of immigration is if the refugee is a privately sponsored candidate. In that case, the Canadian Sponsored sponsoring the refugee must show that they have raised sufficient funds to sponsor the immigration and resettlement of the refugee candidate.

Requirements to Immigrate to Canada?

The documents required for an immigration applicant depend on the program to which you are applying for. But some immigration program requires Canadian experience and some do not require any at all.

Documents that are required include identification/travel documents, educational details, proof of work experiences, financial history, etc. In order to determine the right documents, you will require, that you have to determine which immigration program is best for you! For this, you can try our free online visa assessment tool.

The Express Entry to Immigrate to Canada?

The Express Entry is the fastest method of immigrating to Canada. Express Entry processes most of the applications in six months or less.

What is the Age Limit for Canadian Immigration?

There is no specific maximum age requirement for any immigrate to Canada program. That said, in most of the categories of economic and business immigration, candidates 25-35 receive the maximum points. That doesn’t mean the older candidates for immigration cannot be selected. Having good work experience, high proficiency in language and excellent education can easily offset any points lost for age in economic and business immigration.

Humanitarian and refugee immigration and Family sponsorship to Canada do not use any points system and therefore don’t have any penalties for age.

Is it Easiest to Immigrate to Canada?

Do I Need a Confirmed Job to Immigrate to Canada?

No. The majority of all Canadian permanent residents (Canadian PR) do not have a confirmed job offer in Canada when they applied. While some of the Canadian immigration programs require candidates to have a Canadian job offer, there are various programs and options available to foreign nationals without a Canadian job offer.

What is a Canadian Permanent Resident (Canadian PR)?

Canada is Looking for Immigrants but why?

Many Canadian towns and rural surroundings depend on newcomers to keep their populations and economy growing and to support their man force. Canada also has an aging population like Japan, and without a robust system of immigration, Canada would be on a similar trajectory like Japan in the 1990s. But unlike Japan, Canada Increased immigration and that has allowed us to maintain a large proportion of the population in prime working age, between 25 to 54. This would not be possible without heavy immigration to Canada. 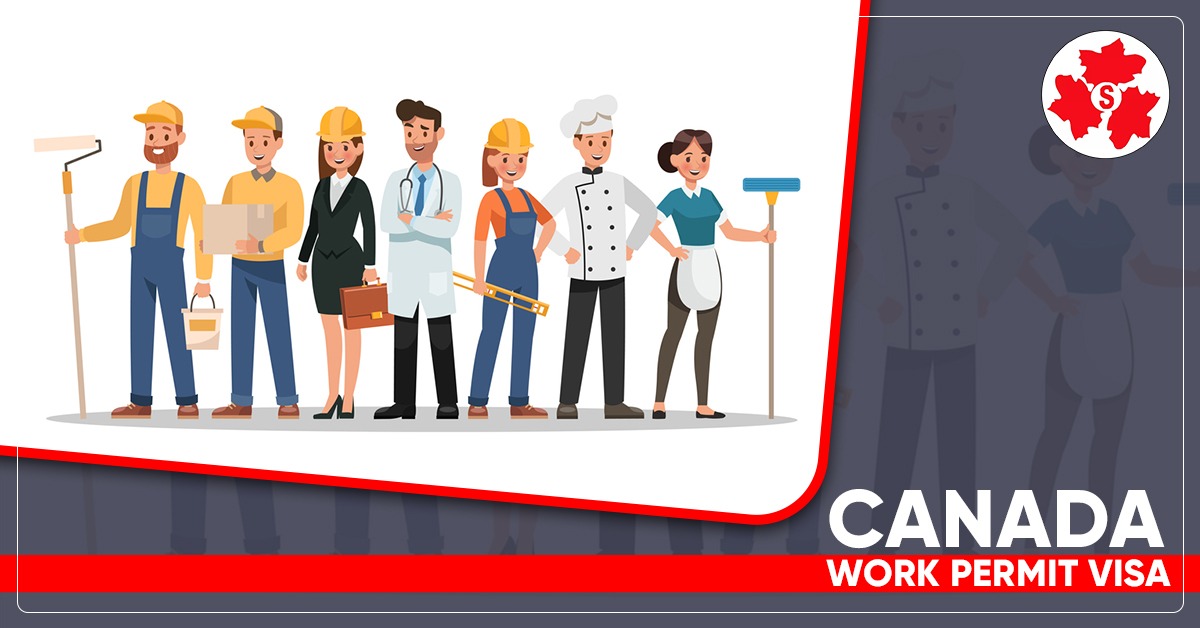 WHAT IS CANADA WORK PERMIT VISA?