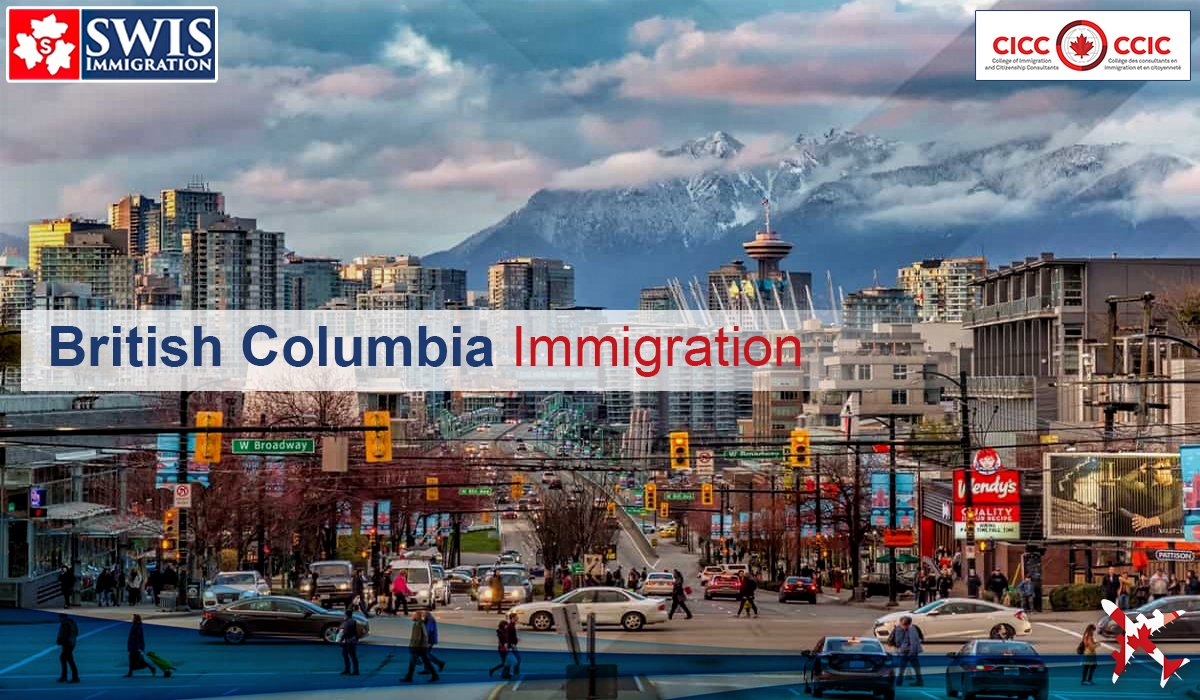 British Columbia, Canada’s westernmost province, is demonstrated by mountain ranges and the Pacific coastline. Alongside this, it is the home of Canada’s third-largest city that is Vancouver.

Moreover, the province’s economy is diverse as well as versatile and relies on a robust natural resources sector having a great attention on forestry and mining.

The province has a combination of European and Asian culture and reveals dynamic and versatile features.

BC Provincial Nominee Program is an economic immigration program administered by the Government of British Columbia’s Immigration programs branch.BCPNP emphasizes the importance of letting people settle in the province on a permanent basis.

The British Columbia Provincial Nominee Program targets to fulfil the desire of people to get Canadian Permanent residency status in Canada.

If you are nominated, you and your family can apply to IRCC to become permanent residents of Canada.

Initially, you need to apply for a nomination and if you have been nominated by the provincial government, you could apply for permanent residency.

BCPNP is allowed by the IRCC to allocate a limited number of nominations annually.British Columbia is identified as being rich in business opportunities which ascertains an educated workforce of 2.4 million. 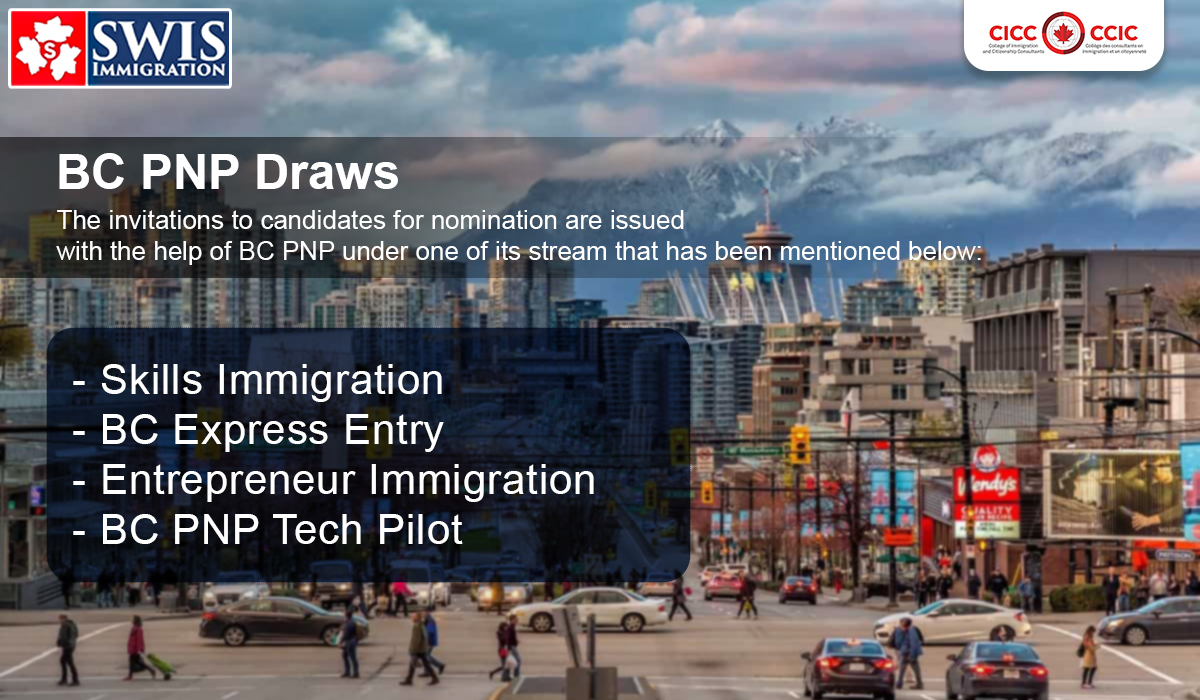 The invitations to candidates for nomination are issued with the help of BC PNP under one of its streams that have been mentioned below:

British Columbia’s growing economy always needs skilled and experienced workers. The Skilled Worker category is a way for workers in a professional, management, technical, trade or other skilled occupation to gain permanent residence in B.C.

For basic qualifying for this category:

Look forward to an understanding of employer eligibility. Your employer must be willing to support your application and provide supporting documentation. They must meet the eligibility criteria and fulfil certain responsibilities during the application process.

British Columbia Express Entry provides certain options for individuals who wish to become permanent residents of the nation. The individuals who have got a BC PNP Express entry profile are eligible to apply under the majority of programs associated with BC skills Immigration.

Moreover, candidates eligible for such a program could ask the application process of any of the streams to work.

This sort of immigration method in British Columbia focuses on international people and their companies who manage to demonstrate their success in business management and ownership of entrepreneurs.

Apart from this, sole proprietors having a significant net worth along with the international corporations could get a chance to immigrate to British Columbia with the help of maintaining the development of recent business ventures in British Columbia.

The Entrepreneur Immigration stream of the BC Provincial Nominee Program (BC PNP) is a path to immigrate to Canada and settle in B.C. for experienced entrepreneurs who can support innovation and economic growth in the province.

The Entrepreneur Immigration - Base category remains temporarily paused and will be informed when the registrations are open. With applications already accepted will go through processing.

British Columbia welcomes entrepreneurs from around the world to discover the many business opportunities across all regions of the province. Entrepreneurs can open a business in one of B.C.’s smaller communities and experience first-hand why many choose to live outside of a large urban centre for their families.

Through the Entrepreneur Immigration (EI) Regional Pilot, the Province offers an immigration pathway for enterprising individuals who are looking to start a new business in a small community and make B.C. their new home. This was introduced in March 2019.

The EI - Regional Pilot is designed for foreign entrepreneurs who are interested in starting a new business in a smaller community. If you want to settle in one that is not participating in the EI Regional Pilot, or purchase an existing business, you are not eligible for this category.

If you meet the criteria and have the experience that the community is seeking, you can connect directly with the designated community.

For applying under one of the immigration streams, the applicants are to meet all the requirements which might include an employment letter from an employer in British Columbia.

BC PNP Tech provides B.C. tech employers with the continued ability to recruit and retain international talent in tech occupations when local skilled workers are unavailable.

This initiative gives in-demand foreign workers and international students a pathway to permanent residence, so they can help grow our economy and build a great life here in B.C. More than 6000 tech workers are nominated in a year at an approximate.

BC PNP Tech helps ensure B.C. can continue to attract and retain the talent needed to sustain and grow the technology sector in the province.

How many points are needed to qualify?

A program that was launched to provide complementary pathways to permanent residence for skilled refugees. The EMPP helps employers find skilled refugees for positions that can’t be filled domestically due to British Columbia’s labour shortages.

Successful EMPP applicants arrive in the province as permanent residents and contribute their skills and experience to their new employer and B.C.’s labour market.

The pilot partners include IRCC, the Province of B.C. (BC PNP), the United Nations Refugee Agency (UNHCR) and designated non-government organization partners (NGOs). IRCC is responsible for oversight and policy direction.

The province will initially target up to 50 EMPP skilled refugees who meet the program criteria and who are referred to the BC PNP by a designated NGO partner.

Documents, and forms for the British Columbia Provincial Nominee Program

Formulating all the documents needed for processing in the right order helps with the immigration process. So here we provide an overview of different documents and guides you need to include in the files.